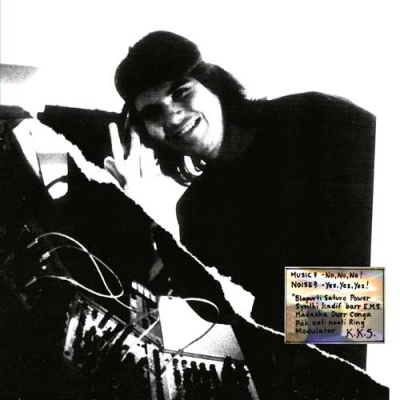 In 1985 Broberg’s cassette “Kling Klang Salád” was released on Konduktör Rekords. Over the years it  has become a much sought after release with its eccentric mix of electronic rhythms, synthesizer and vocal experiments.
Now, in 2019, here’s a fresh new vinyl release containing highlights from K.K.S. plus previously unreleased gems from the periods between 83’ to 85’ during which time Broberg teamed up with Jens Hedman at the Electronic Music studio in Stockholm, spending many nights working with tape effects and Buchla synths.
Insert
Edition 300x
*Co-Released with Awoha Press