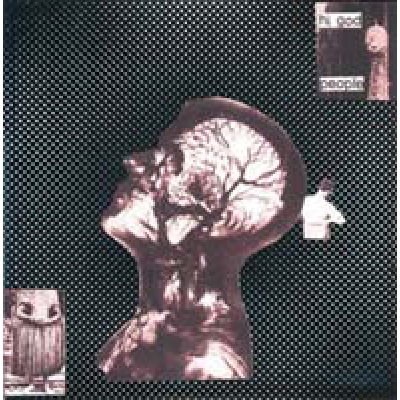 The HI-GOD PEOPLE side was recorded around the same time as their recent split 12-inch with The Dead C; it has live snippets from their show at The Palace supporting Sonic Youth and recordings from a radio 3CR session. Their live shows vary from cosmic rock jams to evolution performance art epics. It’s theatre meets psych pop.
On the flip side is the band named after a satellite of the USSR. Melbourne Australias ZOND broadcast dark ecstasy from a place far below outer space, like a Rorschach blot or a Freudian analysis gone wrong. Their live shows vary from a screaming psychedelic car crash to ambient metal. With current and past members of ON, FONG, LIBRARY PUNKS, MUM SMOKES, NED & THE MEDS, and THE STABS. All covers are in a degrading progression.. (screen prints, stencils, hand carved stamps / down to RISO press stuck on recycled covers).