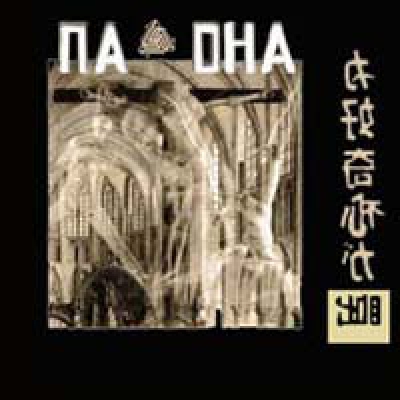 Na-Dha is the solo project by Sandy aka Magthea, the male half of Hybryds...Lim Ed 500x
intro :
During centuries Japanese religion (Sjintoisme with Boeddistic influences) has been used by the ruling classes for political purpose and domination. After world war II Japan trembled, to discover that their emperor was not a God, reshaped their inner believes and left many in confusion. Japanese man had a particular need for breaking out of the excessive obedience by outbursts of violence.
This mental escape gave birth to Japanese films of extreme violence and sex that no censor could pass outside Japan. Now, Japan has the most violent visual culture, manga comicbooks are consumed in a very open way.
The classical nude -bondage photopictures became popular in the late fifties and early sixties.
This scene has evoluated to a Western form of fetishm.
Leather,rubber,high heels, lingerie, yet still censored in a strange way, no cocks, no inside of the cuntlips, and only recently, pubic hair is shown. This sex industry is in hands of the Yakuza, and female "actors" are payed very well. They have an urge to group ritual sex, wherein the female is always dressed as an icon. The nurse, the schoolgirl, the spacequeen, the working girl, the geischa, the SM diva ...
With a fascination for eating strange things, all kind of bodyfluids and outdoor games. Tokyo is the most safe city (?) in the world.