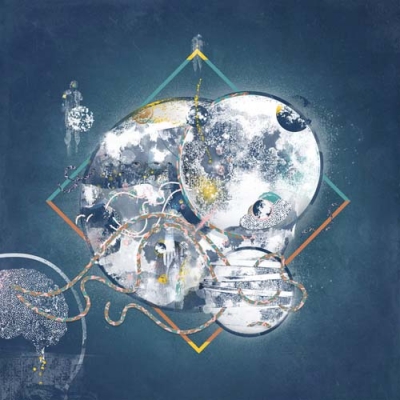 Johannes Schebler’s body of work released under his Baldruin moniker may not exactly be as groundbreaking as the old geezer’s from Königsberg, but it’s fair to point out that his discipline is comparably versed and experienced when it comes to making his music. During the years past he hardly ever left town, avoided exhausting and time consuming nonsense such as touring and instead stayed inside preparing and releasing over a dozen albums since his first recordings back in 2009. He snuck out for a walk once in a while – especially to have a cheap lunch or dinner downtown – but other than that he kept himself busy watching Midnite Movies... and messing around with a myriad of musical instruments. (And yes, an occasional painting was finished here and there, too!) …..-Ikuisuus
Vinyl LP, edition of 250 copies