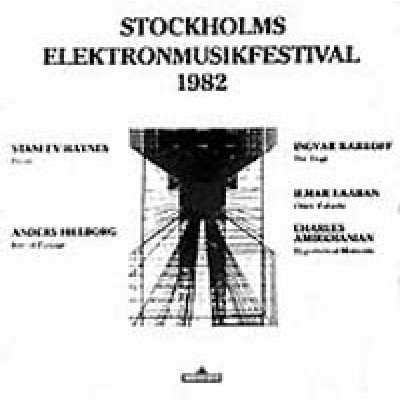 In October 1982 a festival for electronic music was arranged cooperatively by The Swedish Radio Company, Electronic Music Studio (EMS) and the Culture House in Stockholm for the fourth consecutive year. The festival, which was held in the concert hall of the Culture House included works for tape alone, instruments and tape, live electronics and text-sound composition. As previous years, both recent and older works of Swedish and international composers were presented at the three well- attended concerts.-Fylkingen

COMPILATION "The Sound of Geri Reig"

COMPILATION "Attractive! Too - For synth aficionados"

COMPILATION "The Perils Of Paradise"