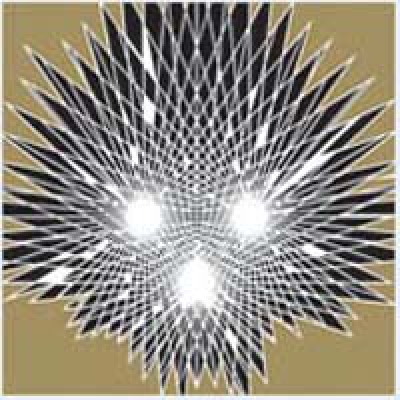 Hailing from Göteborg, Sweden, The Skull Defekts is a new music collective featuring core members Joachim Nordwall (Alvars Orkester, ex-Kid Commando, runner of Ideal Recordings), Henrik Rylander (ex-Union Carbide Productions) and people like Jean-Louis Huhta (ex-Anti Cimex, Cortex...) and Daniel Fagerström (Chronic Heist, ex-Trapdoor Fucking Exit, 8 Days Of Nothing). The band has been doing live collaborations with Damo Suzuki (Can) and Lasse Marhaug, just to name a few. On Skkull the band is stripped down to the trio of Nordwall/Rylander/Huhta and what we get is an all electronic album containing 4 long songs. Compared to their earlier releases this one takes a more minimalistic and monotonous approach but still manages to be heavy as hell! Expect total Scandinavian coldness. Digipack with artwork by Are Mokkelbost. -RTB

WOLF EYES/THE SKULL DEFEKTS "Yes I am your angel"