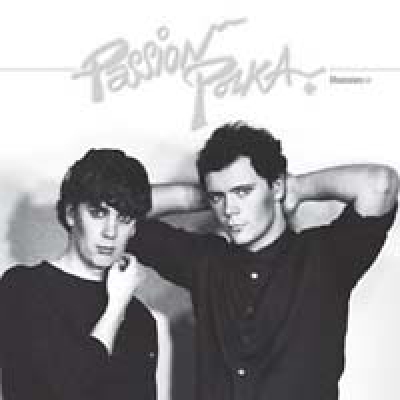 PASSION POLKA was an electronic pop outfit founded by Steve Cottier (also in Scope, Xionics, Kinetics, Peep Show) and Keith Leary (also in Peep Show) in Liverpool, UK, presenting here four classic analogue electropop tracks from 1982/1983 in the vein of Camera Obscura, OMD or Oppenheimer Analysis, featuring the Roland TR-808 drum machine and a little armada of the usual synthesiser suspects made by ARP, Korg, Roland and Yamaha. They only released the impossible-to-find 'Obsession'/'Juliet' 7" single back in 1982 on their own Kinetic Rekords label. These tracks are now available again on Anna Logue Records' first 12" ever, remastered by Marc Senasac and with an addition of two beautiful and and previously unreleased 1983 tracks 'Lying next to You' and 'Fighting Alone' which feature Siobhan Maher (River City People, Kindred Spirit) on backing vocals. A must-have for all the aficionados of early 80's romantic electropop. -Anna