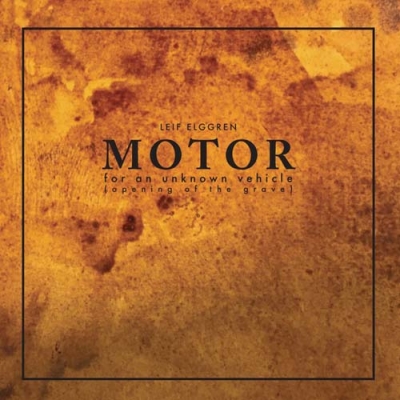 LEIF ELGGREN - Motor For An Unknown Vehicle (Opening Of The Grave)

Edition of 300 copies on black vinyl.
Incl. insert: »The Opening of the Grave« drypoint engraving by LE from 1978.
Stamped, signed and numbered by the artist.

A short earlier version of this piece was used as a part of the music (by LE) for Lotta Melin’s choreography »Flying Sickness in the Sky« at Moderna Dansteatern, Stockholm, 2007.

A longer earlier version of this piece was used as the soundtrack for Daniel Löwenbrück and LE’s performance »That Little Idiot«
at Arnolfini, Bristol, UK, 2012. -Discogs

LEIF ELGGREN / JOACHIM NORDWALL "The Holy Cross Between Our Antlers"