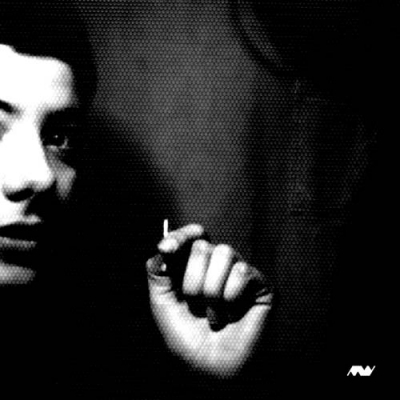 We’re very honored to announce a 7” release of primitive D.I.Y. electronics by Sandra Plays Electronics, a project founded by Karl O’Connor (Regis) whilst he was a teenager living in Birmingham, England in the 1980s. O’Connor, mostly known for his pioneering work in the techno field (as Regis, Sandwell District, British Murder Boys, Ugandan Methods and various other entities) as well as his Downwards label, began playing and recording his own music when he was 16 years old. He collaborated with friends performing in short-lived bands such as Family Sex and also recorded on his own as Sandra Plays Electronics. He was heavily influenced by D.A.F., Liaisons Dangereuses, Cabaret Voltaire and Soft Cell, to name a few and would eventually collaborate with Robert Görl and also Chrislo Haas in the late 90s. The tracks we are presenting here are two versions of the same song, Her Needs, both recorded in Birmingham, England. The first was recorded in 1988 during soundcheck at the College of Food And Domestic Arts and the second was recorded in 1999 (from the Man Has Responsibilities session) at the Ice House. Pressed on heavy weight 70 gram ultra clear vinyl, the 7” is housed in a matte double sided printed foldover sleeve. Limited to 999 hand-numbered copies. -MW