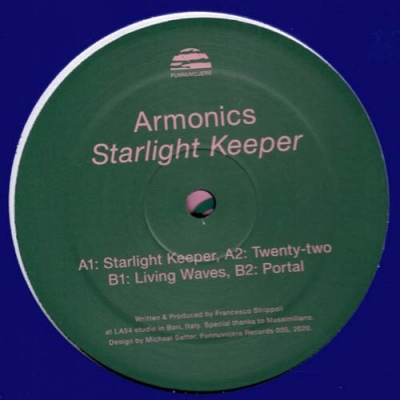 Number five of Funnuvojere's catalogue comes directly from the depth of the Bari (Italy) province. It is written and produced by Francesco Strippoli aka Armonics and follows his first mini LP on Slow Motion Records, Nuovi Orizzonti. Starlight Keeper smells of night time at the beach, fishing in the dark, under a sky of stars. The title track is a dancefloor pleaser reminiscent of early 90s Dream House that soars on a synthy melody, pierced with an acid line. Twenty-Two is an arpeggiated iteration of Italo Disco: hallucinogenic, suspensive, vibrating with melancholic strings. The drums of Living Waves support buoyant sonic layering while the Chicago inspired Portal projects the listener to that moment when night yields to the light again. -Clone..
click here for songlist and samples... 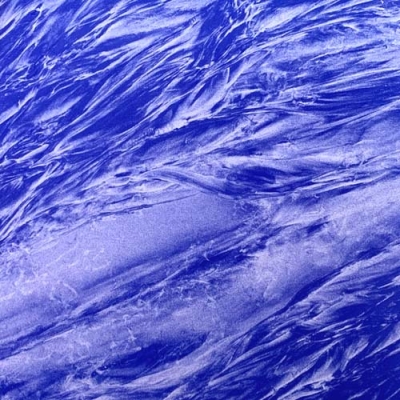 Derek Neal is a Turin based producer born in Vermont (USA). He started his DJ'in career as an undergraduate student at his college radio station and since then he's been cultivating his interest in house and techno music. Fostered by his brother's own producer career, who goes by the name of Motions and is 1/3 of the Montreal collective 00:AM, Derek pushed further his own interest in production to the point of proposing a set of tracks to Funnuvojere Records. Probably struck by the simplicity and effectiveness of Derek's sound, the Berlin label agreed on releasing Reason Machine, Derek's debut EP.? A comforting sound distinguishes this record, it is gentle and deep at the same time. If A1 - Sky City feels like diving in calm water, A2 - Jet Fuel could soundtrack a romantic date. On the flip B1 - October has a cinematic personality, envisioning a urban landscape, while B2 - Stereosense expresses a special dynamicity of sound.? Don't get tricked by my rather emotional introduction though..
click here for songlist and samples... 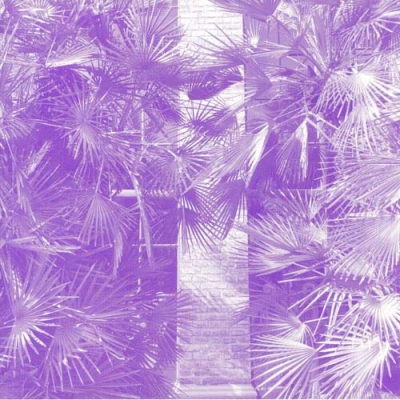 Rotciv is the Brasilian born, Berlin based man behind Mister Mistery records. This prolific producer has been out there for quite a long time and you might remember ''The Rimshooters'', the long lasting collaboration with Massimiliano Pagliara himself. Now it is time for Rotciv to offer a piece of his synthesisers' craftsmanship to Funnuvojoere Records. This five tracker EP expresses Rotciv's skills with harmony and music progression. A1 AWAKENING starts off with a piano house arpeggio and slowly evolves into a trance acid-tinged explosive motive. Organic feeling drums develop giving it a disco touch that will put a smile on the crowded dance floor. A2 GOOD SPELL combines a pure cosmic style with a New Beat-like dissonance and uplifting vocals. B1 KNOW THE UNKNOWN keeps the experimentation levels high with distortions and an 8bit dialogue that drifts into a progressive-kind of sound. Deeper than the rest B2 puts on stage a dark landscape that reminds of a black and white vampire movie...
click here for songlist and samples... 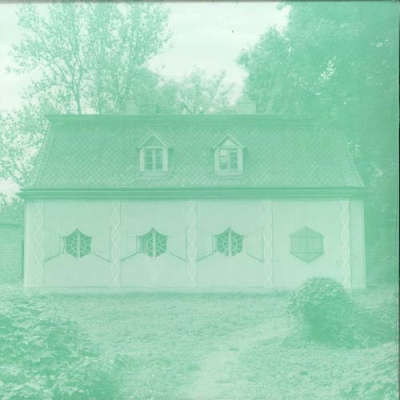 Jules Etienne, formerly known as J.E.E.P. is an imaginative multi-instrumentalist. The french artist has been collaborating different times with label owner Massimiliano Pagliara and you might remember ''Egyptian Nipples'', their duo project that came out on A personal Music not long ago. Funnuvojere is proud now to present his ''Biscotte'' a little jewel of beautiful harmonies. This EP takes its inspiration from a range of disparate elements.If the funky house groove of the title track and A2 ''MS20 (The Answer)'' stage a colourful dance party winking to Klein and MBO's glitterballs; B1 ''Pyongyang Blues'' dives deep into the night with an acid throb embellished by bells and cosmic pads.The EP closes up with ''Thyle II'' a calming luxuriant balearic composition. An ear pleaser in pure Funnuvojere style. -Clone..
click here for songlist and samples... 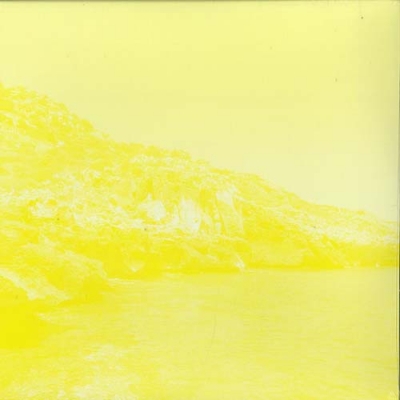 Funnuvojere is the new imprint founded by Massimiliano Pagliara. Now marking his third album release, after countless remixes and EPs, the Panorama Bar resident widens the horizon of his musical contributions by launching a label ''deep as the ocean'' as the name suggests, and open to different musical genres. The first instalment comes from James Booth. Known also as The Gardener and North Vest, the Manchester born producer has been known for his distinctive deep sound very dear to Los Angeles based imprint 100% Silk and Hamburg's Growing Bin Records that released his latest LP in 2017. ''Bath Time'' is a thrillingly deep-cosmic cut rich in melodies and emotions. The EP starts off with a spaced-out, italo classic cut where form assumes a different dimension as the music layers intertwine in an everlasting flow. If the title track seems ironically like a perfect place to start a party night, ''Roller Chrome'' is an emotional ballad for hopeful dance floors; while ''Such Is Life'' is a ..
click here for songlist and samples...