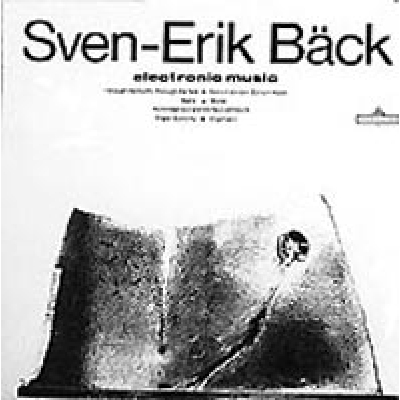 Sven-Erik Bäck was in his versitality unique among Swedish composers. Since his debut in the 1940´s, he was regarded as a radical avantgardist and since Bäck was also a performer, the musical result became most interesting. Since his first electronic work - In Principio (1970) Bäck produced many electronic as well as instrumental and vocal compositions. He also combined music with other media such as dance and visual art.-Fylkingen