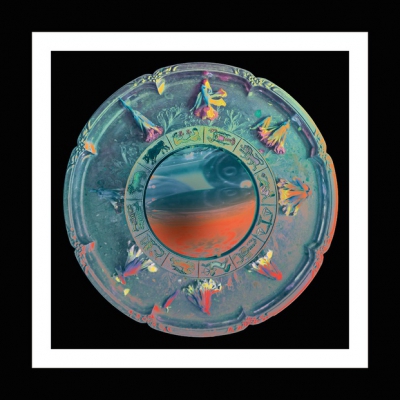 San Francisco-based producer Al Lover has spent the last several years evolving a unique approach to psychedelic music by way of exploring the common threads within it’s various genres. His newest effort, ‘Zodiak Versions,’ sees Al exploring what he views as two musical styles that have defined modern underground music culture, Jamaican Dub Reggae and the German experimental “Krautrock” from the 1970’s. The main point of interest is how these genres were translated through the lens of Post Punk, Hip Hop and Post Disco Electronica to create what we see now as contemporary ‘Indie’ music. The birthplace of Zodiak Versions is literally the long stretches of highway in mainland Europe, mainly in a tour van filled with the smell of Moroccan hash and tobacco smoke (not to mention the potent human funk only an extensive European tour can produce). Sketching out repetitive dub baselines and leads using only the keyboard of his laptop as a musical device, Al formulated the basic structures of the what would become these versions. Reminded of what artists like Kraftwerk and Neu! attempted to portray with the driving motion with their motorik beats and expansive washes of analog synthesis, Lover felt compelled to write music directly within the environment that had once inspired the original ‘Krautrock’ sound. Once back in the states Al teamed up with good friends Burnt Ones in LA to add some touches of guitar and synth drone to the sketched out songs. At this time he was further introduced to the some of the lesser known efforts of Kraut pioneers that would later influence the rise of Ambient music. Returning home completely inspired, he added even more layers of analog Moog synthesizer, tribal percussion, and vintage rhythm box drum sounds before sequencing and mixing all the elements through a vintage Roland RE-201 Space Echo. The end result is is what you have here in Zodiak Versions. With his last few projects, Al Lover has been bouncing back and forth between a more sample based remix approach and actual synthesized music composition. You can hear elements of his earlier works - Distorted Reverberations (of Reverberating Distortion), Vodun Moon, Goat Remixes, Sacred Drugs, Cave Ritual (& Redux) - in Zodiak Versions, but the music is heading in a more textured, droned out direction. An experiment in maximized minimalism. Subtlety and nuance hidden within an intense wall of sound, as if the psychedelic aspects of everything that influenced the record have been extracted and reconfigured to produce the sonic dub version of a bad trip.  -Höga Nord