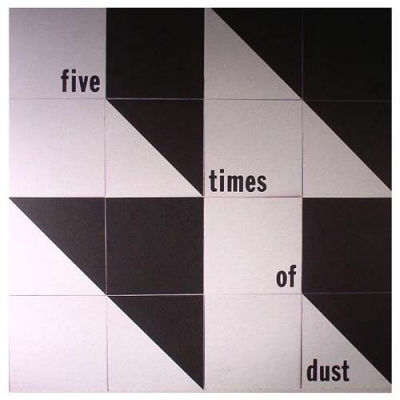 FIVE TIMES OF DUST - Smile With The Eyes

We’re happy to present Smile With The Eyes: a double LP of selections of unreleased material from the prolific outsider / underground duo Five Times Of Dust. Formed in 1980 in Bristol, Mark Phillips (MAP) and Robert Lawrence came together with a shared passion for Krautrock, Industrial Electronics and the burgeoning DIY tape scene, as well as being influence by the Dadaist movement and the works of Burroughs and Ballard. Unconventional, quirky and at times melancholic and romantic, their music acted as the perfect escape from the urban decay of early 80s Bristol and Cardiff, the two cities they travelled between on weekends to record. Although unashamedly electronic, the sound of Five Time Of Dust is far harder to pin down, perhaps in part due to their location. Both Phillips and Lawrence produced music that owed little to any scene happening in London, Manchester or Sheffield at the time. As a result, the majority of their output are perfectly formed electronic curiosities.

Smile With The Eyes is a double LP pressed on 180 gram black vinyl and housed in a heavyweight gatefold sleeve. Limited edition to 500 numbered copies. -MW