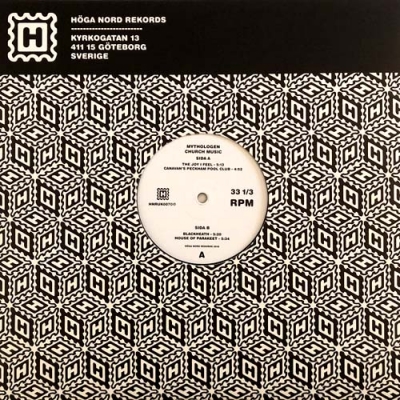 Mythologen, aka Alexander Palmestål follows last year’s debut album “Mythologen” with the 12” EP “Church Music”. This EP is a love declaration to London’s club scenes and some of the titles are named after parts of districts in south east London. The tracks on this record are free and loose in its melodies and you hear that he has worked on pure intuition in the song making process, inspired by the surrounding smells, sounds and people. As explosively impressing as the album was, is also “Church Music” and the airy, uplifting sound that has become part of Mythologen’s trademark, is developed with a sacral touch. Alexander Palmestål have since the days of Pistol Disco in the early 2000’s been one step ahead of most acts in ”leftfield” dance music and have created an own musical space to exist in – something most artist never achieve! “Church Music” consolidates Mythologen’s position as both a guardian and an innovator of modern dance Music. -H.N.