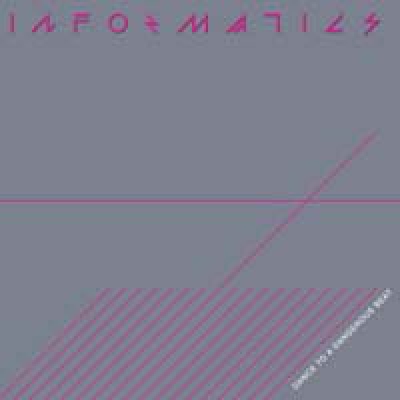 INFORMATICS
"Dance to a dangerous beat"

INFORMATICS "Dance to a dangerous beat"

INFORMATICS were a post-punk electronic band from Melbourne, Australia formed in 1981. Michael Trudgeon, Valek Sadovchikoff, Steve Adam and Ramesh Ayyar met in the experimental sound studio while attending the same art school. Philip McKellar later joined the band in 1983. Between 1981 and 1985, INFORMATICS recorded numerous tracks, mainly in a garage, using a four-track tape machine and any electronic gear they could get their hands on. The band held a fascination for contemporary visual art and moving images and videos would accompany their live performances.The production elements in the videos reflected Informatics’ philosophy on sound composition: the footage was entirely pirated from television ads, manipulated and then collaged to create new narratives that reinforced the music. INFORMATICS came to work together through a shared fascination in electronic music and the capabilities of analogue synthesizers. In early performances, long before the advent of samplers, the Infor..
click here for songlist and samples...

INFORMATICS
"Dance to a dangerous beat"