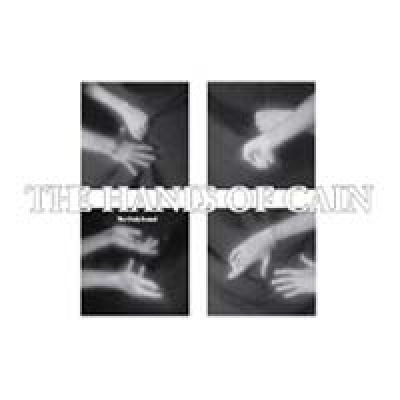 HANDS OF CAIN (the) - The Only Sound

LP+7".THE HANDS OF CAIN were Dimitris Chorianopoulos (vocals, bass), Spyros ‘S. Adam’ Floros (drums), Costas Papakitsos (synthesisers) and Dimitris Stamatiou (guitar) from Athens, Greece. In 1983 the HANDS OF CAIN evolved from of one of the first groups of the Greek punk scene of the early 80’s called Ausschwitss when their music was gaining a darker shade and their lyrics were changing to English. Unlike their former group, the HANDS OF CAIN had very little public exposure, but built their reputation amongst the lively Athenian dark wave/post punk scene of the time with a few live gigs in clubs like ‘Skylab’ and ‘Pegasus’. They finally split up in November 1985, and although none of their recordings was ever released their fame lived on. An end was put to this local hidden secret when Dimitris ‘Profitis’ Petrou sent Anna two tracks in Autumn 2007, “Two Steps to the End” and “The Dagger in Me”. Anna was blown away by those tracks and couldn’t believe they have remained unreleased. Of course, this had to be changed. The quality of HOC’s song writing is amazing, these are just strong compositions, and without any doubt, this album will perfectly line up with the best ever goth/dark wave albums being so close to Christian Death’s first recordings as well as the best songs by Bauhaus. Their tracks are pure mid 80’s despair and melancholy, typical of the goth/dark wave scene of the time, although such terms as goth or dark-wave had not yet been invented by journalists back then. The material was (more or less) preserved on dusty 8mm reels and worn-out cassette tapes – it is thanks to Dave Hewson, who digitally transferred and restored these tracks, we owe you much gratitude, Dave – that these essential songs do not remain in total obscurity. Prepare yourself for a milestone not only in Greek music history, but also in goth/dark wave history! Lim Ed 500x -Anna