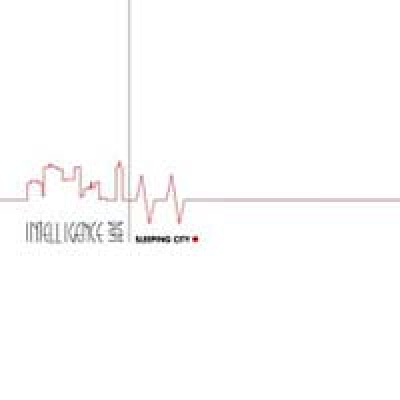 “Sleeping City” is the highly anticipated and Anna’s second release in co-operation with the Mannequin label from Rome, Italy. INTELLIGENCE DEPT. were Davide Carlotti (synthesisers, sax, backing vocals), Susanna Zaghi (vocals, lyrics), Stefano Panzera (bass) and Gian Paolo Di Federico (synthesisers, drum machine programming) from Ferrara, Italy. They only ever officially released three, yet totally amazing tracks on the “A White Chance” LP compilation in 1984 (White Studio Recording, WS 001; White Studio was a recording studio in Ferrara). These tracks were “Sleeping City”, “Too Late to Love” and “Anger (Inside)” from their first 5-track demo cassette entitled “Sleeping City” (1984), which also included the track “Loneliness” already known from the “Danza Meccanica – Italian Synth Wave 1982-1987” LP/CD compilation, MNQ 005/ITN 012. Anna was obsessed by these tracks, especially “Too Late to Love”, and she just had to find the band (which by the help of Alessandro Adriani eventually happened, thanks, Ale!). In 1985 they recorded a second 4-track demo entitled “The Big Trouble” but not many people seem to have known about its existence. INTELLIGENCE DEPT.’s music is a unique blend of melancholic 80’s electropop with dark/new wave basses and (not annoying) saxophone action while being fronted by a powerful female vocalist, the lovely Susanna. INTELLIGENCE DEPT. surely had a great potential to become a bigger or more successful band, but those were the times, like many others they faded into obscurity… but were not forgotten, so here we offer them and you a second chance with the retrospective compilation of INTELLIGENCE DEPT.’s works: “Sleeping City”. The vinyl version features all four INTELLIGENCE DEPT. compositions from the “Sleeping City” cassette and all four tracks from the “The Big Trouble” cassette. -Anna