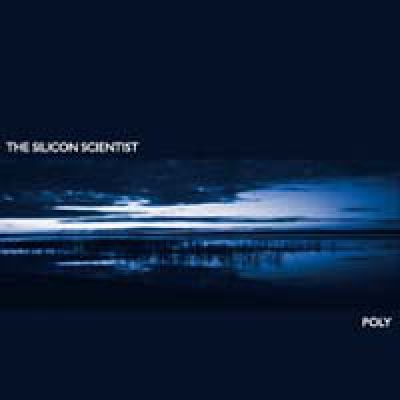 LP+CD. Anna is incredibly proud that Stefan / THE SILICON SCIENTIST has chosen to release his second album entitled “Poly” again with Anna Logue Records. His first album “Windows on the World” has received wonderful feedback, from both fans and other musicians worldwide, and he is nowadays recognized as a great influence to many other contemporary electronic music artists. Stefan is indeed one of Germany’s most talented contemporary composers of electronic pop music and taking into account that his time for music is rather limited and that his efforts in playing and finalizing the debut album with SONNENBRANDT in 2008 also took away much of his time for his solo project, his high quality output on all fronts is outstanding. With “Poly” he proves his continuous ability to write substantial and timeless melancholic electropop and electronic wave songs while most of the album’s sounds have been generated on the wonderful Polymoog synthesisers, hence the title! “Silicon Beach” shows the Polymoog’s great versatility to even create lovely South American flute sounds along the all analogue warm and dark synth sounds. On “Meltdown”, fans of The Cure’s Disintegration album will almost get a heart attack from joy – what a wonderful track with real bass and acoustic guitar accompaniment! The album versions of "Oceans of Green" and "Lost City" are reworked and remixed versions of the tracks previously released on the “Colourblind EP”. This time Anna and THE SILICON SCIENTIST are the CD "Bookmarks II" to all copies which is definitely more than just a bonus: it contains 72 minutes of outtakes from the "Poly" recording sessions, tracks from samplers, early mixes of tracks from the previous album and tracks from the very first THE SILICON SCIENTIST album "Inselwinter" which was never released. "Seven" is based upon a demo recording by Marc Schaffer and was accordingly co-written and solely recorded by Stefan. All synthesiser sounds on “Poly” and most of “Bookmarks II” have been generated on real analogue synthesisers (among them Korg MS-10, MS-20, Multimoog, Roland CR-78, SH-101, Solina String Ensemble, Waldorf Pulse Plus) - no virtual machines or plug-ins! The only exception is "Inselwinter I" which contains some sounds from the virtual analogue Access Virus synth... "Poly"/"Bookmarks II" is a masterpiece of melancholic electropop and can hardly be imagined that anyone out there will not love it! Lim ed 500x -Anna