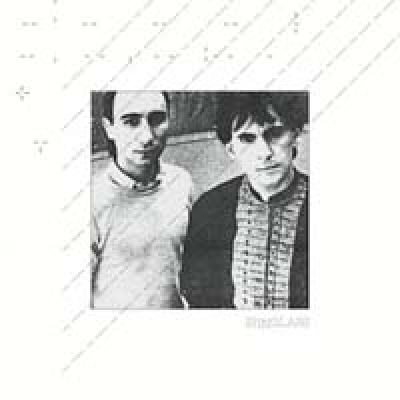 ISINGLASS was Jérémie Arrobas and Michael Gabriel, from Montréal, Canada. Both were members of MEN WITHOUT HATS in the early 80's (with Jérémie being a longer member and composer - watch video of his composition "Nationale 7 (Freeways)" with him performing on Pearl Syncussion SY-1 here), before going on to form ISINGLASS in 1982. Unfortunately they never got any records out, but fame sometimes comes late and now with Anna Logue Records, hehe. Equipped with a nice small setup of Roland SH-2/TR-808, Sequential Circuits Prophet-5, Korg Lambda ES-50/Poly-61 and guests on drums and guitars (Pierre Lacoste, Marc Perusse, Hendrica Verheyden, Mike Lynes) they recorded a couple of songs from which four tracks have been chosen for inclusion to this 12"EP. -Anna