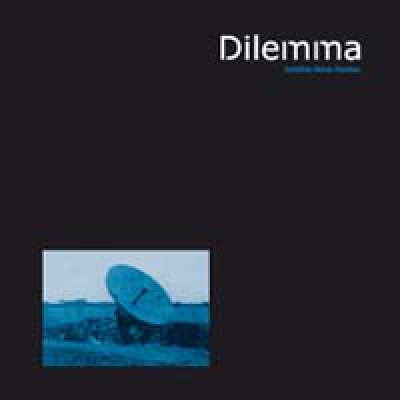 LP+7".DILEMMA was Klaus Hahn and Christoph Schaller, originally from Viersen, Germany. Out of a deep admiration for rough early 80’s minimalistic electrobands like DAF, Portion Control or The Klinik they themselves started early to create some weird tracks with borrowed synthesisers, found metal parts and whatever did create some noise. Klaus’ first projects were The Chemical Death and Cat No Res, but once established as a permanent duo with Christoph they went on as DILEMMA. They recorded around seven tapes in between 1986 and 1990, and made vinyl appearances on the highly collectible releases “Christmas EP” (7” on Dirk Ivens’ Body Records) as well as on “VA – Forms of Elektronik Body Music” (LP on Impuls Records). Also they supported The Klinik on a tour in 1989. Unfortunately, DILEMMA didn’t have much luck since with people letting them down when it came to an album production or even stealing their ideas for other productions, so DILEMMA eventually stopped in 1991. So it needed Anna, who has actually grown up with DILEMMA’s music, to work at the plan to finally give DILEMMA its right place in music history and it has become a little dream come true for all participants that this album sees its final release. Most tracks are taken off their cassette “Dismember your Body” (1988), as well as from “Pure Epitaxial Dilemma” (1987), plus adding three tracks from a 1988 live performance to the 7”. They have been carefully and perfectly restored by Ton Willekes who we own a great deal of gratitude. DILEMMA’s music is pure raw electronic minimalism in the vein of DAF, but with a touch of the mid-80’s Belgian hard electro bands such as The Klinik or Vomito Negro. A monotone Roland TR-505 punches through the tracks with hard sequences and sparse synth effects from the Roland SH-101 and Yamaha CS30m. Two years of work on this release have passed, but it was worth every single effort. Lim Ed 500x -Anna