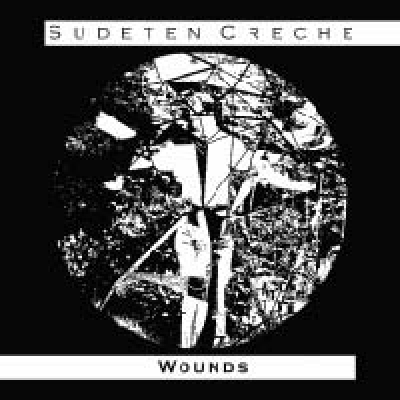 SUDETEN CRECHE is Mark Warner and Paul Carlin from the UK and probably they need not much presentation. Their minimalistic electropop track “Are Kisses are out of Fashion”, originally released on the 1982 compilation EP “Europe in the Year Zero” (which amongst others also featured Yazoo), is widely known and respected. Furthermore, they released the four-track 12”EP “Kindergarten” in 1983 on Illuminated Records, which is, of course, very hard to find these days. Anyway, Mark and Paul teamed up again and recorded new tracks for their upcoming album “Kisses from the Creche” - for more info please visit www.sudetencreche.com - and the 7”EP released on Anna Logue Records kind of marks a pre-release presenting alternative versions of “Glorious Treason” and “Wounds”, while “Rogues” is an exclusive track for this vinyl release. This is electropop at its best, both for the dancefloor and the mind and shall bring SUDETEN CRECHE back to publicity and a promising future. Lim ed 400x. -Anna Logue