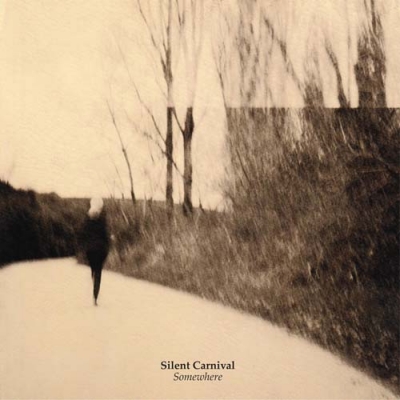 We are proud to present the new SILENT CARNIVAL album.
Somewhere is the third album from Silent Carnival, the sonic creature that Marco Giambrone raised since 2012. Production, recordings and mixing was managed by Giambrone himself. Recorded between January and February 2018 in the home-studio based in Cammarata (Sicily), “Somewhere” confirms band members and constant collaborators Alfonso De Marco, Caterina Fede and Andrea Serrapiglio adding new musicians like Stefano De Ponti, Luca Andriolo and Luca Serrapiglio.
This is an album about visions, dreams and premonitions with many different vibes, widening the colour palette than in the past. Less drones and more acoustic instruments to dress a songwriting free from fences of music genre. A changing sound, like the “Calvary” procession that combines the sicilian Easter’s lamentations with the pagan vibes of unknown worlds. The confessions without absolution of “Innocence” and the desert in the backyard of “Somewhere” only confirm the intimate and at the same time merciless attitude of this album.
Vinyl released in two editions: an edition of 100 copies on clear vinyl and an edition of 300 copies on standard black vinyl; including a poster and insert. -Backwards
We have the black vinyl edition