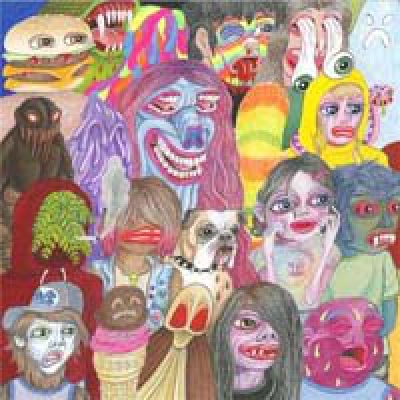 Catchy stuff on this one. Short, sweet and most definitely a keeper. It’s all laptop wizardry, but sounds somewhat like good old dance-rock knocked out on a bunch of different instruments (but made in a junkyard by post-spazz kids). Or you know, LCD Soundsystem if he’d still be young and hung out with New York noiseniks Sightings. I mean, weirder things have happened. For instance, that dude that used to be in Icarus Line, he played with Nine Inch Nails for a bit. Oh, and this’ll remind you of them too, even if it’s more of a Japanther meets Bark Bark Bark take on that whole industrial thing. Like naïve and even kind of cute in a way. -dLTD