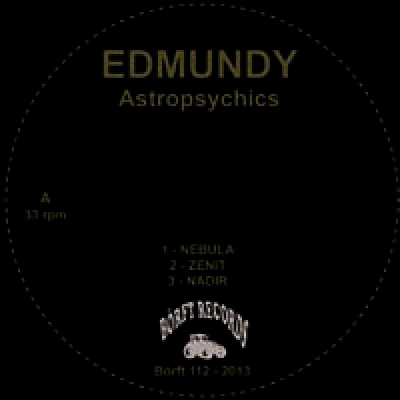 Edmundy aka Patric Philipsson is as many of the Borft artists from Karlskrona (Sweden). Being active as dance-music producer since 2000 (crazy stuff back then...). As the years passed Edmundy got more skilled and experienced. In 2005 his first record was made on Suitable Records. It was a four track moody house vinyl.. His next record came eight years later in the late 2012. And now 2013 it's time for this Astropsychics minialbum. Cleaner than ever and 6 good moody dancetunes will sure make you move... With influences from many different artist, working on different scenes it got to be told that Sort Joey's "Ready to Rok" is a favourite album, others to be mentioned is Yonkapin and in later years Datasette. Lim Ed 500x