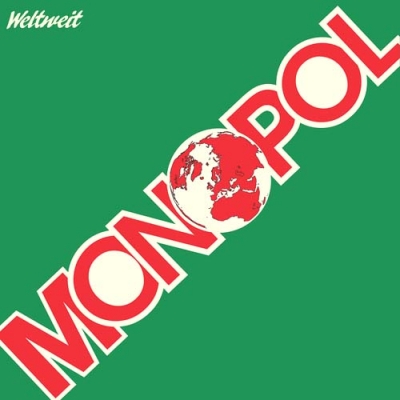 Anna Logue Records collaborates with their good friends Medical Records across the pond in the US to present the long out of print Neue Deutsche Welle cult classic album Weltweit by MONOPOL. Released in 1982, Weltweit was the sole output of the band. It has appropriately become quite rare and difficult to find with the resulting high prices to obtain an original copy. Inspired by the greats such as Kraftwerk, YMO and Klaus Schulze, the three members crafted an exquisite collection of pop songs played on a very impressive collection of analog synthesizers, self-builds and drum machines that were considered cutting edge at the time. The band would have recorded a second album but split up before that was possible. Members of the band continued to be involved in the music industry at least peripherally but didn’t participate in further collaborations or bands. Also interestingly, MONOPOL was basically a studio-only project and actually never played live (despite some TV appearances). The album has been remastered by Martin Bowes at the Cage, UK. Contains a special bonus insert with lyrics and photos. Definitely a must-have for fans of NDW such as Grauzone, Rheingold and the like. -Anna Logue