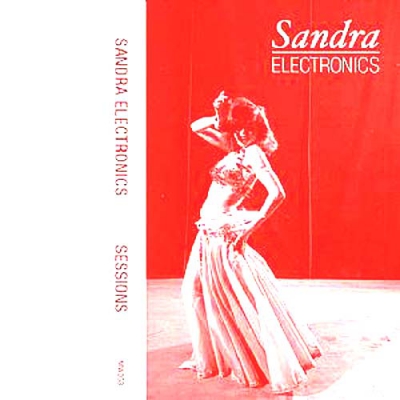 Minimal Wave is excited to present a cassette of Sandra Electronics sessions. These are recordings based on their live sets as well as the first recordings of Sandra Electronics that were made in Birmingham during the late 1980’s and 90s. The A side of the tape features reworked rehearsal takes of tracks which first appeared on the early Downwards 7"s and in 2011 were released as part of the White Savage Dance EP. They also include two versions of Her Needs, which we had released under the Sandra Plays Electronics pseudonym in March, 2013. The B side of the tape contains the original recordings from those Downwards 7"s, all made in Birmingham during the late 1980’s and 90s. For the first time ever, we present to you the quintessential Sandra Electronics collection of rare outtakes and early recordings. For now, the collection is available as an edition of 300 number stamped cassettes. -MW