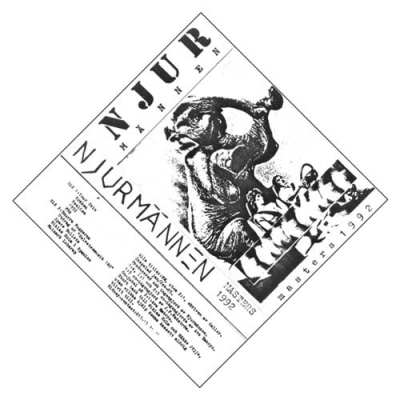 Originally released on tape 1985. A bit ruffer sound than their first cassette and also the original mastertape was not in the best shape but still worth releasing it! Real special synth-pop, a sound only Njurmännen can make... Some weird dark sounds are also on the lp. Highly recommended!!! Lim Ed 500x