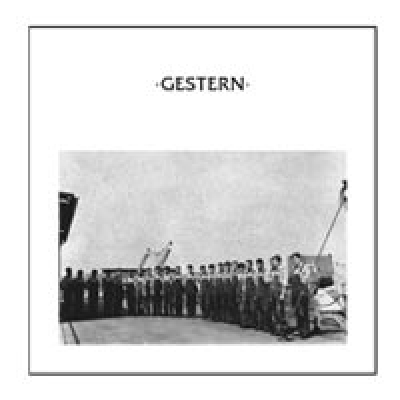 Anna has praised SONNENBRANDT right from the very first second and has been asking for the release of their debut album since more than two years. Now they have finally completed it and Anna is so happy that she was allowed to participate in its production and release. So, the album, entitled “Gestern”, engl.: ‘yesterday’, is a co-production between the three labels Anna Logue Records, Hertzschrittmacher (KernKrach) and NLW, joining forces to help SONNENBRANDT finding their way onto the road to success, just because there is no other contemporary act that deserves a wider audience than they do! SONNENBRANDT hails from Hamburg, Germany, was founded in 2003, and consists of Stefan Bornhorst (THE SILICON SCIENTIST, Dreams Encoded, The Convent – synthesisers, programming, vocoder), Jojo Brandt (Voll Wirksam, Liquid Dreams, The Convent – synthesisers, programming, guitars, lyrics, vocals) and his wife Sonja ‘Sonne’ Brandt (lyrics, vocals). They perform the perfect mixture of early 80’s Electropop and Neue Deutsche Welle (NDW) – or “Elektronische Volksmusik” (electronic folk music) as they cutely describe it themselves - paired with German lyrics being entertaining in a funny way, and also as cross as two sticks. The tunes are very catchy, melodic though with some darker melancholic undertones. “Gestern” closes a first chapter being a flashback compiling five years of recording songs. There’s no future without a past. On this album every song is a hit, made for you to sing along (no matter which language you actually speak) and dance to (no matter at which place, sphere or planet you are). Also worth mentioning is a slight participation of Alain Seghir from MARTIN DUPONT as well as the guys from THE MARY ONETTES in “Rotes Telefon”. In no doubt it is thought that everyone out there needs a good dose of SONNENBRANDT, so don’t be shy and support Germany’s most promising underground act by buying their debut album right away! And don’t worry: an LD50 has been estimated by audiophilic experts to approximately 4000 listenings per year (estimations only as no animals or humans have been injured or killed during this album’s production and testing phase). -Anna Logue. Lim Ed 500x