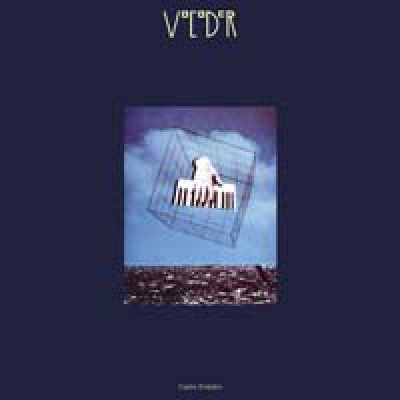 Dark Entries is thrilled to present a 4-song compilation from one of the finest groups of the Spanish New Wave/Tecno-Pop scene of the 1980s. Vocoder were a quartet from Zaragoza, Spain formed in 1981. Keyboardists Antonio Laval and Alfonso Olarte attended the same university and fell in love with a Korg MS-20 synthesizer in a music shop window. They met keyboardist Antonio Tenas at a local radio station and were later joined by vocalist Pilar Pellicer. They recorded several demos with synthesizers, sequencers and drum machines, creating a soundtrack for the clubs and dance floors. Inspired by the “Movida Madrileña,” they sent demos to various record companies. The band signed a deal with Aviador Dro’s sublabel Neón Danza and released two EPs, “What Happens Now”/”Radio” in 1984, “Mindanao”/”Amor de Robot” in 1985 and a self-titled LP which was produced by Michel Huygen (Neuronium) in 1987. Vocoder also appeared on the TV program “La Bola De Cristal”, presenting their music video for “What Happens Now”, in which the band danced in a supermarket with a shopping cart full of synthesizers. The group mutually disbanded in 1988 and continued to organize concerts for other groups touring in Spain.
“Cuadro Sinóptico” compiles both 2-song 12″ maxi singles as one 4-song EP. All four songs were recorded during 1984-85 at Doublewtronics Studios in Madrid, Spain, using the most advanced and sophisticated techniques of time in digital recording and Direct Metal Mastering (DMM). The band utilized many professional synthesizers of the time: Roland Juno 60, Prophet V, Korg Poly 61, Yamaha DX-7, Roland TR-909 and the Linn Drum, which was used by most Italo Disco artists. These songs were recorded in the highest fidelity with disc jockeys in mind. Genuinely catchy, Vocoder combined soaring melodies with cybernetic coldness. A futuristic sound for the modern age topped with Pilar’s charismatic vocals. Lyrically they address robotic love, disco dancing, and the tropical island of Mindanao, and sing in Spanish, English and French.
All songs on “Cuadro Sinóptico” have been remastered from the original reel to reel master tapes for vinyl by George Horn at Fantasy Studios in Berkeley, CA. Each EP includes a double-sided insert with photos, lyrics and liner notes by Flemming Dalum, a Danish DJ who introduced much of the world to Vocoder in 2008 on his “French Spanish Italo Connection” mix. Vocoder want you to barricade yourself in the discotheques and dance away the depression. -Dark Entries