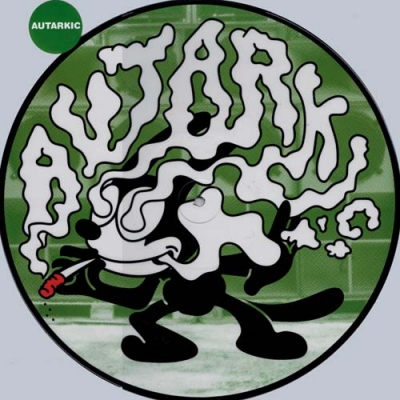 Autarkic describe himself as first and foremost a songwriter but he has also made a name for himself as an international DJ. Over the past three years the musician based In Tel Aviv has, with great success, played clubs throughout all of Europe. One extra memorable gig was on last year’s edition of Convenanza in the amphitheatre in Sète, France. Rumour has it that the sea living mammals of the area flocked in large groups in the waters below during Autarkic’s gig. This 12” record is his first release on Höga Nord Rekords and the slightly psychedelic, sample- and synthesiser based club music that has become Autarkic’s trademark sound is captured by an impeccable production. The music is playful, yet stripped down to the essentials and not overloaded. The vocal elements works more as percussive elements than the carrier of the storytelling in the music. If you missed him live or just don’t have the means to go see him, this record give a taste of Autarkic’s hypnotic live performances!  -H.N.